All The Latest News From The NBA Pre-season Fixtures

It is widely accepted that the 2020/21 NBA season was a strange one. To begin with, the start date changed several times due to the COVID-19 pandemic. NBA Commissioner Adam Silver wanted to increase the number of fans allowed to be in the stadiums, which made sense given the league receives around 40% of its income from attendance. Hence, they clearly wanted to try and mitigate any losses as much as possible. It finally kicked off on the 22nd of December.

Several games were postponed during the regular season as players were frequently testing positive for COVID. This was mainly an issue in January and February, with multiple games being called off last minute, as teams didn’t have enough fit and healthy players to field a side.

While this certainly contributed to the sense of the campaign being an underwhelming one, we were at least treated to a gripping final series between the Milwaukee Bucks and the Phoenix Suns. The Bucks last won the Championship in 1971, while the Suns later appeared in the finals in 1993. So, whichever way it went, the winner wouldn’t be one of the traditional big names, such as the Los Angeles Lakers, the Golden State Warriors, or the Boston Celtics.

The Suns started the finals well, easing into a two-game lead. However, from there, the Bucks found their form and fought back, winning 120-100 in game three and 109-103 in game four to level the series. Game five was tight, but the Bucks edged it 123-119, then in game six, it looked like the Suns knew they were beaten, as they lost 105-98. Anyone searching for NBA odds on the finals and placing a bet on the Bucks after game two would have been pleased with the outcome!

As the final game was on the 21st of July, it meant that there would be almost four months between the end of the 2020/21 season and the start of the 2021/22 campaign, which the Bucks will kick-off when they face the Brooklyn Nets on the 20th of October. It’s a long gap for NBA fans, but thankfully there have been plenty of exciting news and matches in the pre-season, which began on the 3rd of October. Let’s take a second to review some of these fixtures to see who appears to be in good form in the run-up of the new season and who is already looking like they won’t be enjoying much of the next few months.

Will the Bucks be able to keep it going? 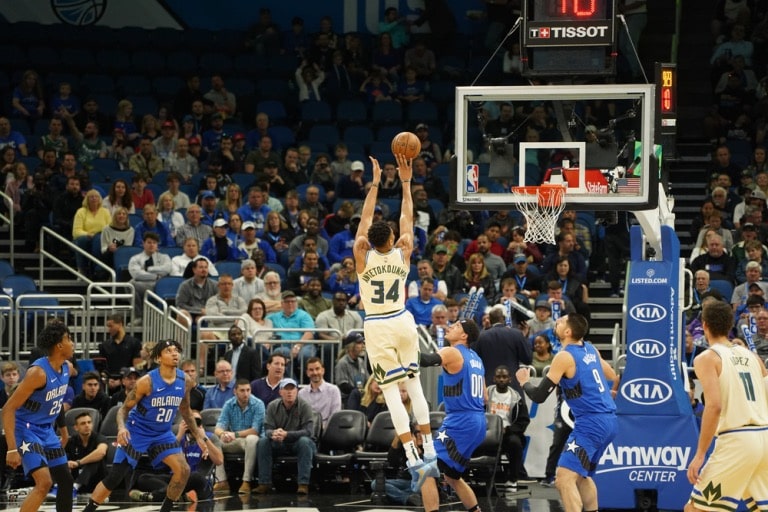 In most major sports, it is often said that winning your first championship in a long time is hard, but retaining it the following year is that much harder. Given that the previous NBA title the Bucks secured was all the way back in 1971, their fans will certainly be hoping they don’t have to wait another 39 years before the next one comes around.

Many people would have been forgiven for thinking that they might have been celebrating too hard to focus on this new season. It certainly did appear that way, as in their first two pre-season fixtures, they lost 87-77 to the Memphis Grizzlies and followed that up with a 119-115 defeat to the Nets.

They were able to turn things sound in their most recent pre-season game, where they dominated the Oklahoma City Thunder 130-110. They will be hoping to carry this good form into their remaining pre-season fixtures against the Utah Jazz and the Dallas Mavericks before the Nets come to Fiserv Forum on the 20th.

LeBron and the Lakers continue to struggle

Given how successful the Los Angeles Lakers and LeBron James were in the 2019/20 campaign, many expected them to dominate the NBA for years to come. That didn’t happen, as they crashed out of the playoffs to the Suns in the first round. Things haven’t gone well in this pre-season either, as they have lost all three games; 123-97 to the Nets, 117-105 to the Suns, 121-114 to the Golden State Warriors, and 124-94 to the Suns again. Let’s hope they can bounce back during the regular season.

Will the Hawks make it to the playoffs again?

The Atlanta Hawks got all the way to the Eastern Conference Final, where the Bucks beat them 4-2. They will want to make it to the post-season again this year, but their pre-season results have been mixed, losing 125-99 to the Miami Heat 99-96 to the Cleveland Cavaliers, but beating the Grizzlies 91-87.

One team has to come last each season, and last year it was the Houston Rockets. They have picked up a win in pre-season, beating the Washington Wizards 125-119, but they have also been defeated by the Heat and the Toronto Raptors. They will be hoping things improve in their remaining pre-season game against the San Antonio Spurs.

Using a £1 Budget in iGaming

How Fit Do Formula One Drivers Need To...

Why Do People Watch Sports?