Derek Chisora is on the lookout for his next opponent after scoring a stunning win over Kubrat Pulev at the O2 Arena in London, England. The UK-based heavyweight boxer has put the top names of the division on notice, telling fans he only has a few fights left and wants to be remembered as a fighter who faced all of the top names in his era. He’s chasing a legacy.

Followers of professional boxing are now licking their lips at what could come in the next chapter of WAR Chisora’s fascinating career. Victory over Pulev has pushed him up through the rankings, and he is now on the radar of some of the box office stars. Del Boy is back in the winning groove, and he’s determined to stay there, believing he has found the perfect opponent to help him achieve that.

Who is up next? That’s the question that fight fans on both sides of the Atlantic are looking forward to getting an answer to, and there are some big names in the hat for the draw. The top betting apps from Aberdeen to Alabama are offering odds on who Chisora could face next, and a big-punching favorite from The Yellowhammer State finds himself in the running with early rumors suggesting he welcomes the attention.

Bring on the bomber

The fighter in question is former WBC heavyweight champion Deontay Wilder who is currently without a belt after suffering back-to-back defeats against current world champion Tyson Fury. The Bronze Bomber from Tuscaloosa, Alabama, remains highly rated in the division despite suffering the first and second losses of his career against the all-conquering Gypsy King. Wilder needs the perfect fight and performance to get his career back on track and shove him into title contention.

Wilder currently stands with a stunning professional record detailing 42 wins against two defeats and a draw. Each of the three negative results on his card was inflicted by Fury, with their first meeting ending in a split decision draw before Tyson put the rivalry to bed with a pair of emphatic knockout wins. No fewer than 41 of his 42 wins have come inside the distance, leaving Deontay with an earth-shattering 91% knockout average. That tally and his experience make him one of the division’s biggest ever punchers.

Wilder remains the number one ranked heavyweight in the United States but has dropped to third in the global rankings, behind Fury and Oleksandr Usyk, who holds all belts, not in possession of Fury. Wilder remains ahead of Anthony Joshua – who is fourth at present – and could face the winner of Usyk v AJ II for the world titles. That would be the ideal scenario for the American, but there’s one slight problem, the wait. 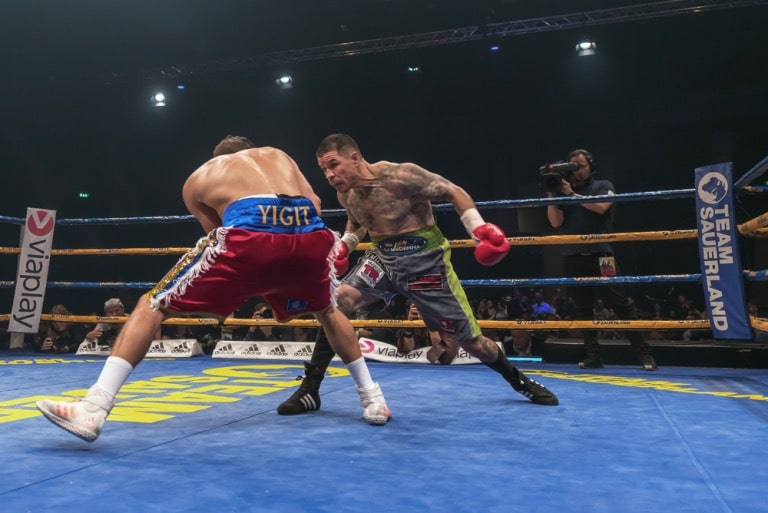 Usyk and Joshua will face off in a rematch in Saudi Arabia next month, and the winner of that bout will exit the ring with four versions of the world title. That is expected to be a grueling contest, and regardless of the outcome, neither Usyk nor AJ are likely to fight again this year. Any meeting with the winner would likely be fought in January or February, meaning Wilder must keep himself active, fit, and fighting. That’s where Chisora comes in.

Derek has a reputation for fighting all-comers and giving a great account of himself. Evidence of this can be seen in his latest bouts, and he has fought Pulev, Joseph Parker, Usyk, and David Price. His record now stands at 33 wins against a dozen defeats, with 23 wins by way of knockout and just three of his losses by KO/TKO. He’s as honest as they come, remains ambitious, and wants to test himself against the best the division has to offer.

If Chisora were to get his wish and snare a shot at Wilder, the bout would be easy to make with Matchroom Sports supremo Eddie Hearn having the connections to promote that one in either the UK or US.

Who would win Chisora v Wilder? That remains to be seen, but both men know it would be a must-win contest if they were to get a crack at the winner of Usyk v Joshua.

The Five Biggest Threats to Your Online Security

Everything You Need to Know About Toll Tax in India

How the Average Sports Fan Can Elevate Their...