Ichiraku Ramen in Anime vs. in Real Life

Have you ever wondered what it would be like to taste anime food? A mouth-watering plate of ramen probably trigger your curiosity to try it or at least know the story behind it.

What represents this feeling better than Naruto’s own Ichiraku Ramen?

Read on to find out all about the restaurant our protagonist loved to visit!

What Is Ichiraku Ramen?

Over the years, anime fans got used to seeing Naruto eat his favorite meals in none other than the Ichiraku Ramen.

It’s a small restaurant in the streets of Konoha. Yet, it has witnessed major events throughout the series, from rushing to grab a bite in between missions to romantic first dates.

After a while, it became more than just a backdrop. Instead, it drew us in so much that it popularized the cuisine and inspired many fans to give it a shot.

What Is the Backstory Behind Ichiraku Ramen? 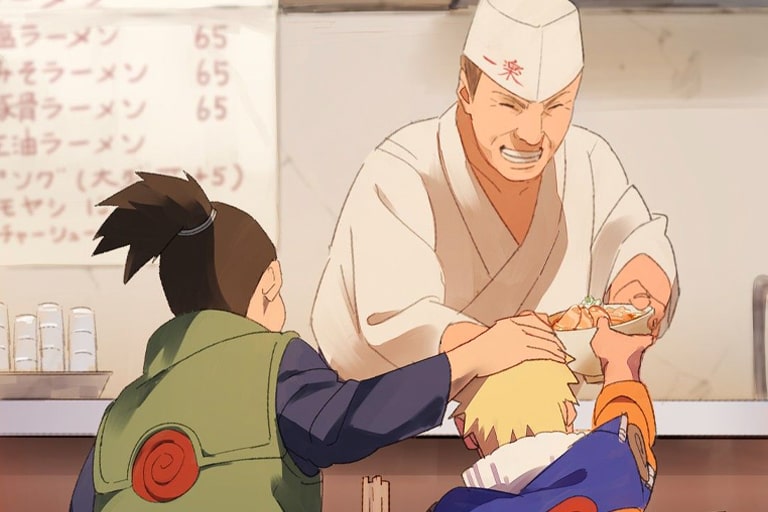 If you ever get the chance to watch Naruto Shippūden: The Lost Tower, you’ll get a better view of the early backstory. That’s because the movie takes us back in time to witness the restaurant’s very first opening.

The gist of it is that the restaurant’s owner, Teuchi Ichiraku, began with a tiny business in Konoha around 30 years before the beginning of the series.

Despite its tiny size and humble look, Ichiraku Ramen has long been famous among the villagers. Of course, we have Teuchi’s talent and intense attention to detail to thank for that!

That’s why I think you’ll agree that it was heart-wrenching to see the restaurant destroyed during the Pain’s Assault. However, since it’s so essential to the flow, we soon got to see it looped back into the anime. 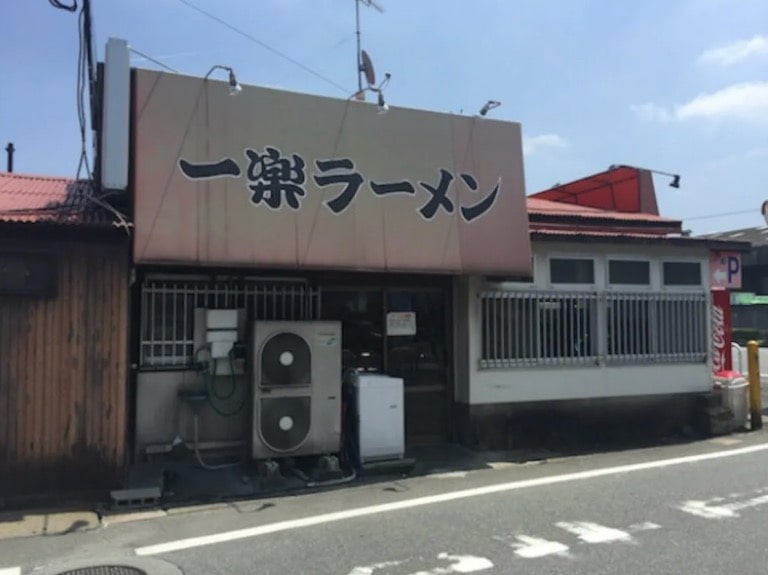 Both the Naruto author, Masashi Kishimoto, and his protagonist are obsessed with ramen. This love was passed on to the fans who grew to watch Naruto enjoy his favorite meal at the cozy Ichiraku Ramen.

What you might not know is that the restaurant in the anime was actually inspired by a real-life shop from Kishimoto’s younger days.

While that particular shop closed its doors back in 2014, many other alternatives popped up throughout Fukuoka.

The Shime-machi branch is a popular one. You might just get lucky enough and visit it one day, but you could see people line up in front of the store just to get in and try the ramen.

Alternatively, you can just try your hands at home with an easy Miso Chashu recipe. It has become so popularized that it’s now the staple image that pops up in our minds once we hear the word ramen!

Through the manga, Kishimoto Masashi has succeeded in spreading the everyday life of Japanese culture globally, not just its cuisine.

In the end, you don’t have to like Naruto to enjoy the food at Ichiraku Ramen. There’s something tasty for everyone!

How Tall Is Katt Williams? Height, Age, and Career

Your List of the Best Cute Anime Pose References

Who is the Flying Titan?

What is the Promised Neverland Flower?

Does From Black Clover Yami Die?

Rock Lee’s Wife: Who is She?

Sharingan Eyes Kakashi: How Did He Get Them?