Home Investment What Industries Should You Be Considering In 2021
Investment

What Industries Should You Be Considering In 2021

We head into 2021 with several of the world’s major stock market indices trading at record highs. The S&P 500 has surpassed 3,800 points for the first time while the NASDAQ has shot past 13,000 since the New Year.

On the other side of the pond, the German DAX has recovered from the losses of last spring and reached new heights. However, the British FTSE 100 and the French CAC 40 haven’t fared quite as well, though they are much closer to their all-time highs than they were just a few months ago.

With some bullish and some bearish on the prospects for 2021, it can be difficult to know what investing strategy to take this year. Here are some of the industries that look set to remain strong in 2021.

The gaming industry has been going from strength to strength for well over a decade. Electronic Arts started in 2010 with a share price of just under $18; by 2018, it had risen to around $145. Take-Two Interactive investors that bought $100 of shares in January 2009 would now have more than $2,820 after the company’s meteoric rise.

Some analysts are pointing at similarities with both the video games crash of 1983 and the dot-com bubble of the 2000s. However, there are some significant differences. The 1983 crash was brought on by poor quality games flooding the market, while the dotcom bubble burst due to wild speculation from investors who were buying companies that didn’t make any money.

Today, things are very different. These companies are producing quality content that is incredibly popular among gamers. In turn, they’re making record profits. For example, Take-Two expects to make nearly half a billion dollars of net profit in the 12 months to March 2021.

This was not a one-off in 2020; gaming companies look set to continue growing into 2021, with more and more people choosing to enjoy their content as a form of entertainment.

In addition to these, iGaming companies also performed exceptionally well in 2020, with some seeing their stock prices double in the 12 months to January 2021. While few people expect to see the same happen again this year, most of the gains from enticing customers away from brick and mortar establishments to online betting are likely to remain. After all, this is a trend we’ve seen before with online retailers, travel agents, and more.

Competition is strong, leading to almost all brands offering free bets and other bonuses to new customers to get ahead of their rivals.

We also saw several mergers and acquisitions in 2020, and more are on the cards in 2021; these can often drive up share prices too, provided you buy them early enough.

The big five US tech giants, Amazon, Apple, Alphabet (Google), Microsoft, and Facebook, are the reason why the US stock markets performed so well last year. Had they been removed from the equation, the situation would have looked very different.

This is despite its revenue growing at a measly 1% in 2020 and its annual operating income remaining fairly consistent since 2018. Much of the company’s growth has come from the fact that it’s seen as a steady business and from retail investors, who have driven its price up with speculation.

Amazon has seen an even more meteoric rise, with its share price increasing by nearly 74.5% between January 2020 and 2021. Its 2020 operating income is dramatically higher, though, reaching $19.9 billion in the 12 months ending 30th September 2020, 37% higher than the same period the year before. 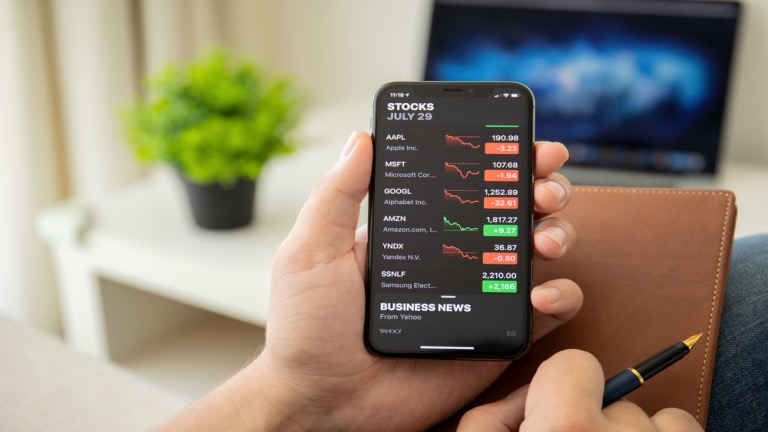 The big tech companies have a huge challenge on their hands to replicate this performance in 2021. Investors should perhaps reassess their expectations if they think they’ll double their money by buying Amazon shares today.

Amazon also doesn’t issue a dividend, meaning you won’t get to physically share in its profits as you would with Microsoft or Apple.

That said, the companies may still offer long-term value to investors, provided you’re happy to put up with some volatility in the coming months and years.

The industry around sustainability has enjoyed a lot of attention in recent years as more and more consumers and investors choose to use their money to protect the environment. One of the standout companies has been Tesla, which started out building electric cars but has diversified a little more recently.

Tesla’s share price ballooned in 2020, forcing the company to split its stock five-for-one among August. Its share price continued to grow, though, pushing the company into the S&P 500 in December, making it the sixth-largest company in the index, just behind the big five tech companies listed above.

However, many analysts have concerns about this unprecedented growth, compared to the Bitcoin bubble of 2017. Tesla is now the world’s most valuable carmaker, ahead of giants like General Motors, Toyota, and Ford, despite producing a fraction of any of these companies’ vehicles.

Tesla also hasn’t (yet) made a profit in a full 12-month accounting period, though this is likely to change in the coming days.

It seems the company’s share price is likely overstated to anyone who isn’t speculating, so if you’re looking to invest in the long term and like the prospect of the electric car industry, then you may wish to look for alternatives, such as:

Whatever you’re investing in, each of these industries presents exciting opportunities for investors, but it’s important to always do more research into them first and seek independent financial advice if you’re unsure.

How To Choose The Perfect Email Marketing Service For Your Business

How to Buy and Sell Bitcoin and Other...

Investment Property Mortgage Rates: What to Expect in...

How To Use Forex Lot Sizes in Your...

Vital Things You May Forget When Purchasing Real...

Why Do Many People Make Substantial Gains？

Long-Term Investing: Everything You Need to Know

Dubai Creek Harbor Is A Residential Area With...

Things to Consider Before Investing in Medical Technology