Martin Luther King Jr. – MLK Jr. – was born Michael King Jr. on January 15, 1929. In a case of the apple not falling far from the tree, he was the son of a civil rights activist, Martin Luther King Sr. Having experienced racism all his life, he joined the rights movement to secure equal human rights for his community while studying theology to the Ph.D. level at Boston University.

MLK Jr. was an advocate of nonviolent protests in the South, which later spread to other parts of the country. His activism was inspired by his Christian faith and Mahatma Gandhi. In 1963, during a memorable organized march in Washington DC, he delivered one of his most famous speeches, “I Have a Dream.” Luther’s words were always coined to inspire hope and love in people that were oppressed and to whom justice had been denied at every point of their lives. Most of these speeches are still studied and recited today, and they still impart the Black community.

When the assassin’s bullet felled him in 1968, it only ended Luther’s life on earth. What it didn’t kill was the hope he had stirred in his people, the quest for justice, and the many quotes that are more relevant today than ever.

Quoted in Strength to Love in 1963

“Intelligence plus character — that is the goal of true education.”

From The Purpose of Education, 1947

“I believe that unarmed truth and unconditional love will have the final word in reality. This is why right, temporarily defeated, is stronger than evil triumphant.”

“The contemporary tendency in our society is to base our distribution on scarcity, which has vanished, and to compress our abundance into the overfed mouths of the middle and upper classes until they gag with superfluity. If democracy is to have the breadth of meaning, it is necessary to adjust this inequity. It is not only moral, but it is also intelligent. We are wasting and degrading human life by clinging to archaic thinking.”

From Where Do We Go from Here: Chaos or Community? 1967

“For when people get caught up with that which is right, and they are willing to sacrifice for it, there is no stopping point short of victory.”

“We’ve got some difficult days ahead. But it really doesn’t matter with me now because I’ve been to the mountaintop… I’ve looked over, and I’ve seen the promised land. I may not get there with you. But I want you to know tonight that we as a people will get to the promised land.”

—From I’ve Been to the Mountaintop speech, 1968. This was just before he was assassinated.

From MLK’s A Tough Mind and a Tender Heart sermon, 1959

On April 16, 1963, MLK Jr. wrote a letter famously often referred to in Birmingham jail essays. In one of them, he urged people to seek justice in other ways than waiting for it to be dispensed by the courts. Martin Luther King’s letter was a response to “A Call for Unity” that was penned by clergymen urging that racial segregation matters were best left to the courts. He reminds them that they would not be accorded the same rights as other races since the “white moderate” was more devoted to order than justice.

These are some of the quotes from those letters and their interpretation.

“Injustice anywhere is a threat to justice everywhere.” 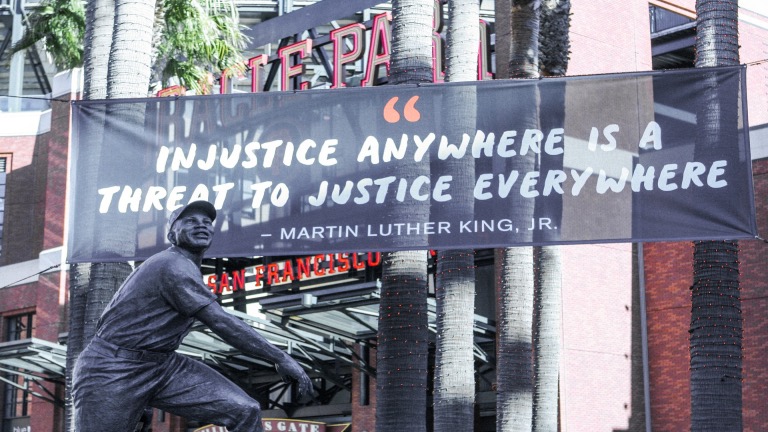 Here, he noted that an injustice to one person or group in a state different from his would still affect him in Atlanta, and so it was his responsibility and right to fight injustices everywhere in the world.

“I must confess that I am not afraid of the word ‘tension.'”

Luther notes that there are two types of tension – violent and non-violent. He advocates for the former because, in his opinion, “necessary for growth.” Looking at it today, nonviolent tension brings the truth to the fore in a time when half-truths and false news are quite common.

When this quote is mentioned, what comes to mind are equal rights for women that have been in discussion for decades. It is upon women to keep pushing for equal rights, something they have been doing for years with reasonably tangible results.

“Lukewarm acceptance is much more bewildering than outright rejection.”

In today’s world, there are racists who won’t show it to the face of others but whose actions speak volumes. They are worse than those who show it outrightly.

“I gradually gained a bit of satisfaction from being considered an extremist.”

King was initially apprehensive of being labeled an extremist, but he eventually saw it positively. Today’s celebrities fail to show their stand for the same fear, being labeled a rebel and shunned by the industry they slave for.

“Maybe I was too optimistic. Maybe I expected too much.”

King was not referring to his personal failings in his quest, but that of the white moderates who couldn’t see the need for a faster end to racial segregation.

“I can’t join you in your praise for the police department.”

King isn’t pleased with the praise his fellow men of cloth bestow upon the Birmingham law enforcement. In fact, the tone of this letter towards the end borders bitterness. With all matters regarding police brutality today, he wouldn’t change his tone if he was still alive.

The Words of King Live on

These are just a few of the many great quotes one of the greats mentioned in his numerous speeches. When wise people die, their words and deeds make them immortal. It is the ultimate sum of a life well-lived when your words can inspire a generation over half a century later.

The Truth Behind the Quote, “What Is Yours...

15 Quotes To Keep You Motivated When Starting...

44 Skiing Quotes That Explain the Thrill and...

34 Teddy Bear Quotes: The Most Lovable of...