Over the passage of time, many popular people have made their mark on history. However, very few of them have had such a deep impact as Caesar. He was one of the most influential people of his time, an excellent politician, and a writer as well.

He was named Gaius Caesar and was born on 13th July, 100 BC. We learn from essays on Julius Caesar, that his father was the governor of Asia. His mother was a daughter of a Roman Consul and was named Aurelia Cotta. In those days, Consul was the topmost position in the Republic. This demonstrates that right from the beginning, Julius was born into power and affluence.

When Caesar was in his mid-20s, he was kidnapped by some pirates and had a taste of death for the first time. They set a ransom for his release. When the ransom was paid, the pirates released Julius. Later on, he went out to punish the captors and seek revenge. 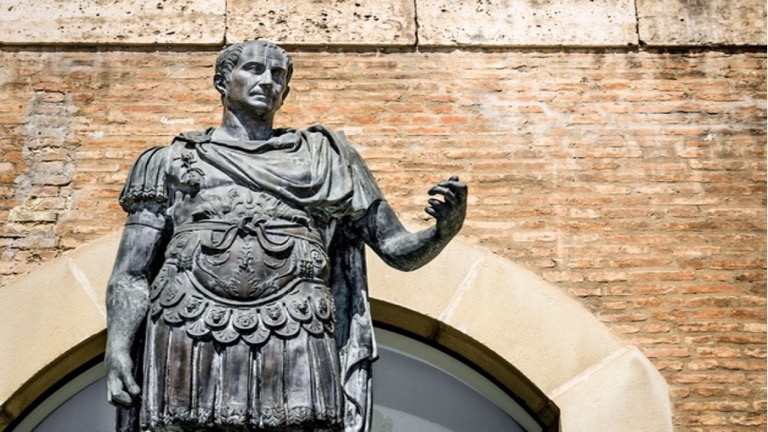 Sulla was his biggest enemy and rival. Later on, Sulla became the ruler of Rome, and Caesar had to flee Rome. While he was on the run, Sulla’s men captured him. However, he paid them everything he had as a bribe, and they let him go free. He had no money left, and when Sulla died, he eventually went back to Rome without a penny to his name.

He is popularly known as a womanizer and was married thrice. He was a teenager when he married Cornelia in 84 BC. When she died in 67 BC, he married Pompeia. In 59 BC, Caesar married for the third time.

Apart from his marriages, he had a number of mistresses as well, including Cleopatra VII. Servilia was one of the mistresses of Caesar. Marcus Brutus was her son. Brutus was also the man involved in Caesar’s murder, even though Brutus denied it.

Other Interesting Facts about Caesar

He was very passionate and ambitious. The lines of William Shakespeare’s play show what kind of person Caesar was. The thoughtful, inspiring quotes from Julius Caesar are still a source of inspiration today. Let’s take a look at some of the most powerful Julius Caesar quotes and lines that are worth remembering.

A few popular quotations from Caesar are as follows so that you can learn what kind of strong, mighty, and courageous person he was from his famous quotes.

This is an inspirational line that tells us what an extraordinary man he was. He was full of ambition, passion, and courage. Even though he was quite successful and quickly rose in ranks, it was his fault that he was deeply in debt.

Since he had lived amongst the poor people of the red light district, he knew what poverty can make a person do. We see various examples of this in our life – when the disadvantaged and the mistreated people take to the streets, the power of the rich doesn’t stand a chance.

Brutus was Caesar’s friend, and yet he betrayed him. Mark Antony was his ally who helped him against Brutus. The bard describes his betrayal at the hands of Brutus as the unkindest cut of all.

It describes how he must have felt at that time. Most of the time, we see that those who are closest to our hearts end up betraying and hurting us.

When Caesar said this, it was a pivotal moment in his career and the road to civil war. Even though he hesitated before leading the armies against the corrupt Senate, he decided to fight for a just cause and decided to go ahead.

It is known that when he saw the statue of Alexander the Great in Spain, he was disappointed at the idea that at his age, Alexander had already achieved so many things. He said these famous lines at that time.

This line is very true. Oftentimes, when we take a shortcut while working, it sets a precedent for the next time when a similar situation arises. People justify their bad habits, and then it becomes a norm.

We don’t do things because we are afraid of the consequences. According to Julius, it is better to let the axe fall down once than fearing it for the rest of our lives.

Romans, such as Pompey and Lucullus, always made a big deal about their Asian victories. Once Caesar was victorious in Asia, he commented about taking a dig at Pompey and everyone else who won Asian wars and implied that it wasn’t a difficult conquest for him. 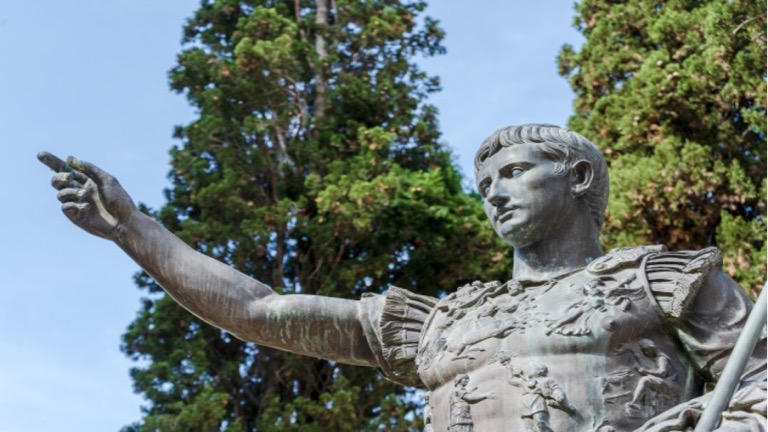 This is a very interesting observation regarding human nature. People often remember the mistakes that a person makes before remembering the courageous deeds or the successes. This is exactly what Caesar is saying in this quote.

He was a man of action, and this is clear from this sentence. He was of the opinion that instead of simply learning the deeds of other people, one should go out and create something of real value in the world. He knew that knowledge had great power and overcame all the slight forces.

Julius was a guy with a great deal of understanding of human behavior. He appreciated the power of ‘wishful thinking’ and used this human tendency to his advantage throughout his life. These lines tell us about the power of perspective and how we should learn to see through the eyes of others as well.

This is very true. No matter how afraid we are, when we face extreme danger, we have no choice but to react. If we don’t react, we are likely to face dire consequences.

Humans are emotional creatures and at times, they set aside all logic and accept even lies as truth, just because they wish it to be true. Julius was a keen observer, and these lines are a clear depiction of the fact.

He led various conquests in his life and knew that it wasn’t only about conquering the lands. It was also about winning the hearts of the conquered. Therefore, he was of the opinion that you can do so by showing mercy instead of being atrocious.

Julius was an upright and honorable man. He fought corrupt politicians and was never afraid of the consequences because he thought that nothing was above honor, not even fear of death.

We hope that you have learned a lot from these quotes and lines from Caesar. They are widely applicable in our day-to-day lives and will definitely make you a stronger, passionate human.

What Is Equity Investment and Why Does It Matter?

Will New Technology Drive The Growth of The Mobile Gaming Market Further?

The Truth Behind the Quote, “What Is Yours...

15 Quotes To Keep You Motivated When Starting...

44 Skiing Quotes That Explain the Thrill and...

34 Teddy Bear Quotes: The Most Lovable of...