It’s not every day that we hear a police officer’s name among Hollywood celebrities, but that seems to be the opposite for David Sanov.

David’s passion for serving the country was one of the reasons he was able to capture his current wife’s attention, but who is David Sanov? Well, let’s find out who the officer is, how he became famous, and what his career was like.

Who Is David Sanov: An Overview

David Alan Sanov is a former California highway patrol officer, born in the 1970s in Los Angeles. He’s well-known for his commitment and enthusiasm for his work.

David completed his primary education at Oakland school in 1990. He later went to the University of California to complete his education in 1994.

There isn’t much information available about David’s personal life. However, we do know that when he was younger, he was fascinated by the police. That’s why, after graduating, he decided to join the police force.

The officer rose to fame among Hollywood stars as Alison Sweeney’s husband. He was even able to appear on a Hollywood TV show and gain some publicity for himself. 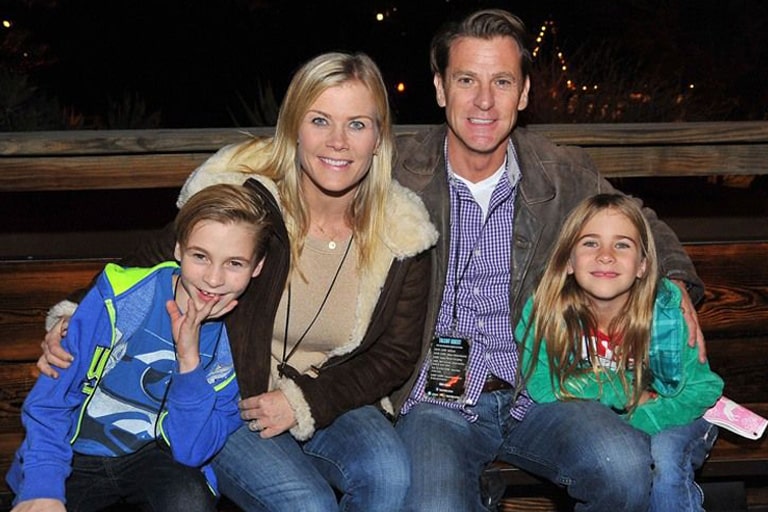 David Sanov is the husband of Hollywood celebrity Alison Sweeney, who has an impressive career under her belt.

Alison Ann Sweeney is an actress, reality show host, producer, director, and writer. She was born on September 19, 1976, in Los Angeles, California.

She appeared in many movies, TV shows, and advertisements. However, her acting career took off after she joined the TV series “The Days of Our Lives.” She was also the host of the reality show “The Biggest Loser.”

The couple shares two children, Benjamin and Megan Sanov. Benjamin was born in 2005. Megan, on the other hand, was born in 2007. There isn’t much going on with the young boy and his sister, but who knows what the future holds?

How Did the Couple Meet? 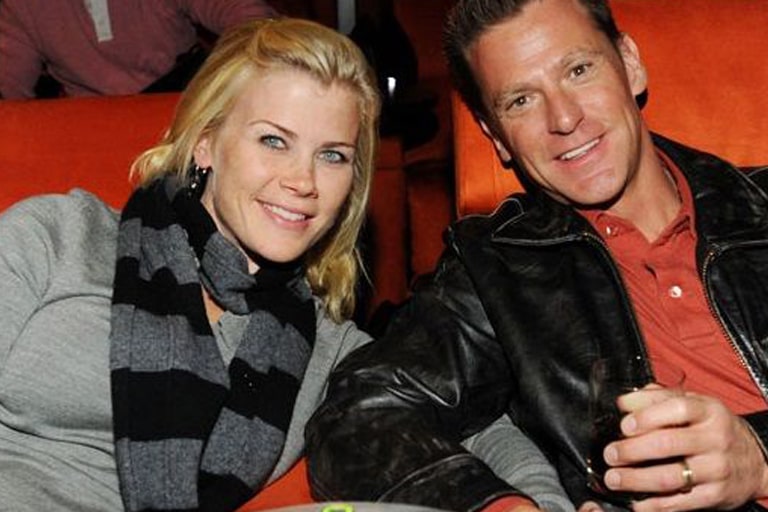 One day, Alison Sweeney was recklessly driving when she was pulled over by officer David Sanov, and eventually, they fell in love…I’m just kidding!

I wish there was a more enchanting story about how they met. The thing is, their parents were actually friends.

David’s father and Alison’s mother were both violin players, who played for film soundtracks.

When they were young, Alison had a crush on David, but nothing came to fruition at that time.

After David joined the police force, Alison asked for her mother’s help to meet David. Eventually, they met and their life together took off from there, marrying on July 8, 2000.

Being a highway patrol officer entails a great deal of responsibility. A patrol officer is in charge of enforcing highway safety, including responding to accidents or emergencies.

A regular day for David Sanov would involve pulling people over, checking their licenses, and writing tickets in case any laws are broken.

Aside from writing tickets, the calls he would respond to involve him confronting an armed suspect or a criminal. Anything can go wrong at that time, which can be stressful. That wasn’t a big deal for David, though.

The police officer’s career didn’t just stop at serving the country. David also made an appearance in a TV show.

David Sanov made an appearance on “Days of Our Lives,” and guess what role he was given? An officer of the law!

Apart from this role, David didn’t make many TV appearances, but his name was always mentioned whenever Alison was interviewed.

“Is it true that you married a police officer?” “How did you guys meet?” The officer’s name popped up everywhere Alison went.

As a police officer, David Sanov dedicated himself to serving the country, and in the process, his path crossed the celebrity Alison Sweeny.

In the early days, David and Alison took different career paths, chasing their dreams. However, they eventually reunited and embarked on their journey together, which is how David landed a role in the popular soap opera “Days of Our Lives.”

David Sanov pursued his dream career, found true love, and got a bit of fame along the way.

How to Get More Out of Your Sleep?

Rosemary Margaret Hobor: Everything We Know About Her

Are You Too Narcissistic?

How to Deal With The Psychological Impact of...

How Tall Is Katt Williams? Height, Age, and...

Zendaya Triplet: Is It True?

Rosemary Margaret Hobor: Everything We Know About Her