What’s the Hype With 5-Line Bingo?

In the past two decades, bingo has undergone a seismic makeover – going from a dying game enjoyed exclusively by pensioners, to a game at the forefront of technology enjoyed by players of all ages and all backgrounds.

Where in years gone by, fusty bingo halls would religiously stick to the same games and same competitions for years and years on end, the new world of bingo is always innovating. With every passing year, there are new technological advances and new game variations to keep players on their toes.

One new game variation that is taking the industry by storm is 5-line bingo. Want to know more? Read on to find out everything you need to know about bingo’s next big thing.

What is 5-Line Bingo?

Also known by some as ‘Swedish Bingo’, 5-Line Bingo is a fast-paced bingo variant that is a great alternative to the classic game. The key difference between this and the classic game is the bingo line. However, it is just as easy to understand. The purpose of the new design is to keep the wins flowing, and it is becoming increasingly popular in the online bingo scene.

In 5-Line Bingo, your card will consist of a 5 x 5 grid pattern, but unlike standard bingo, there will be no free square in the middle, which increases your chances of winning. The word ‘BINGO’ is displayed along the top of the card, denoting a column each.

The way that you play 5-Line Bingo will change depending on where you play it – in a brick-and-mortar bingo hall or at home on your mobile device. The AI bingo caller will call out the numbers once if you’re playing online.

You can then select the numbers you match manually or have the software do it for you. Online the called numbers will be shown on the screen, so you’ll never miss out. You most likely won’t have this luxury in a brick-and-mortar bingo hall, so you’ll have to be switched on from start to finish. 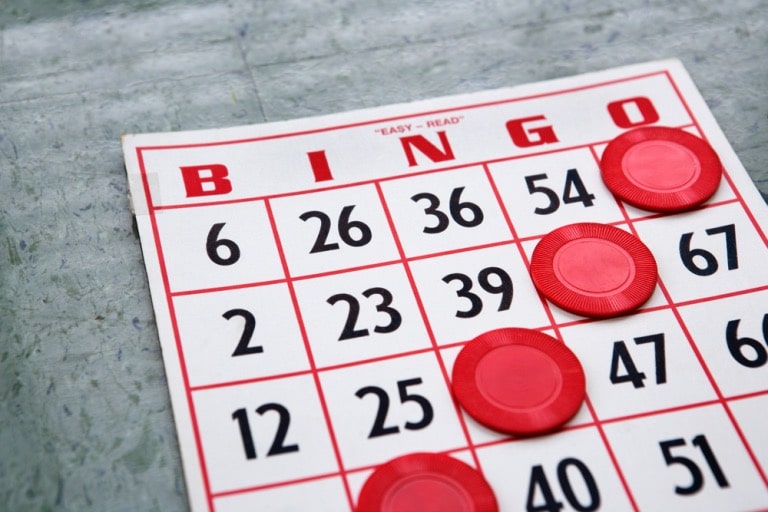 There are five main ways to win at 5-Line Bingo which are:

Single Line Win: The first player to successfully mark off one full line of numbers

Full House: The first player to mark off the whole lot!

Check the rules with your provider first, but most online sites allow players to complete a horizontal, vertical or diagonal line. Also, keep an eye out for payout numbers before playing. Most providers guarantee a minimum prize amount for winning lines and full houses.

Naturally, it makes more sense to play with an online provider that offers the best prize money. You don’t want to scream ‘BINGO’ and run around your living room only to find out you’ve won a fiver!

Feeling ready to play 5-Line Bingo? Before you race off and play your first game, look at these tips and tricks, which could help you to your first win…

Practice: The vast majority of online providers offer free games that you can play for fun and practice. Find one of these and play for an hour or so to fully acquaint yourself with 5-Line Bingo and get used to the game before playing for cash.

Read the Rules: In this article, we have described a conventional game of 5-Line Bingo. Some providers will have their own variations or quirks. Make sure you read the rules before playing to make sure you’re not caught out by some peculiar variation.

Find Promotions: There are hundreds of online bingo sites all vying for your business which means that you are valuable. Don’t sell yourself short by signing up for the first site you see. Choose one that offers you the best bonuses or promotions, whether that’s matched deposits or free games.

Double/Triple Up: Another one of simple maths. The more cards you have, the more chance you have of winning. Try playing with a couple of cards instead of your usual one, and you will most likely see your winnings increase. Don’t go too mad though, and buy 10 cards a game!

Play Cheaply: As mentioned earlier, most providers have guaranteed minimum amounts for prize money, so there’s no point in seeking out the most expensive games. Instead, save your money and play the cheaper games, it makes sense!

The main thing to remember about 5-Line Bingo is that it’s all about having fun. This variant is quicker and more action-packed than standard bingo, so you should enjoy it more.

Try not to get carried away, though.  Keep your budget in mind and you won’t go far wrong.

6 Common Mistakes People Make When They Start a Car Wash