What is Monster Anime and Where Can I Watch It?

As of 2020, the global anime market size is estimated at 23.56 billion dollars and is expected to grow every year, thanks to the popularity of this art.

Anime is the Japanese version of the hand-drawn and computer-generated animation that became quite popular in different countries and among various age groups because of its ability to grow with its viewers.

With incredible animation and interesting plot twists, several anime productions gained more fans and are pretty popular years after their production. One of these creations is Monster, which was first published in 1994.

So, what is it? Why is it so popular? And where can you watch it? You’ve come to the right place because I’ll answer all your questions in this article.

What is Monster anime?

Monster anime is based on the popular manga first released in 1994. The manga series was published in Big Comic Original between 1994 and 2001 and became quite popular among fans because of the exciting plot and details. The story was published in 18 volumes.

In 2004, the manga was adapted into an anime that aired between 2004 and 2005. In October 2009, the anime was dubbed and aired in the US, and it became available on several digital platforms.

There were even plans about turning this anime into a live-action movie. First, Academy-Award nominated screenwriter Josh Olson was hired to adapt the plot, but the project was dropped.

Later, Mexican film producer, director, and screenwriter Guillermo del Toro decided to cooperate with HBO to produce a TV series inspired by Monster, but the studio wasn’t that interested in the project.

Monster anime became popular due to the moral dilemma faced by the main characters, which many viewers found touching and could relate to.

The story revolves around the Japanese surgeon Kenzo Tenma, who has to deal with one of his former patients, Johan Liebert, who turns out to be a heartless serial killer.

The story starts with Tenma saving Johan and his twin sister’s lives instead of treating the mayor, which results in Tenma losing his status and living with the consequences of his decision. Nine years later, Tenma faces Liebert, who killed several people without being caught, and Tenma continues to feel responsible for saving his life.

The captivating manga is written and illustrated by Naoki Urasawa, who also worked on several popular mangas like Pineapple Army, Yawara!, and Billy Bat. The anime was written by Tatsuhiko Urahata and directed by Masayuki Kojima.

Why did Monster anime become popular?

Monster anime became popular when it aired in Japan, as it was based on the already popular manga. Many viewers enjoyed watching Monster due to the depth of the mystery plot, the character development, and the overall dark theme that kept people interested in watching the series to learn the secrets behind the characters’ actions.

Because the anime is a faithful adaptation of the manga, Monster anime was made into 74 episodes, with a difference of about five years between the airing date in Japan and the US. The episodes are long because they don’t miss a scene or a shot from the manga, which isn’t always the case when manga illustrations are turned into anime.

Despite being one of the longest anime productions, lots of anime fans consider watching Monster a worthy investment of time. First, it’s a treat for manga and anime lovers because it doesn’t skip any of the plot’s various details. It’s just like watching the illustrations come to life.

The other reason is due to the vintage style that today’s digitally generated anime lack. Every character in the anime is perfectly used to highlight its role in the plot’s advancement, and even the most minor characters are well-written.

People also love that the plot is complex and deep. It’s not an action-filled anime, but it will make you think. Monster anime is more suitable for an adult audience, so it might not be that popular among the teen community, but some younger people definitely love it.

Some younger people might consider Monster to be too slow or too boring, but this isn’t the case. The dark theme might not be the younger generation’s cup of tea, but it certainly sheds light on some concepts like moral dilemmas and the concepts of right and wrong. 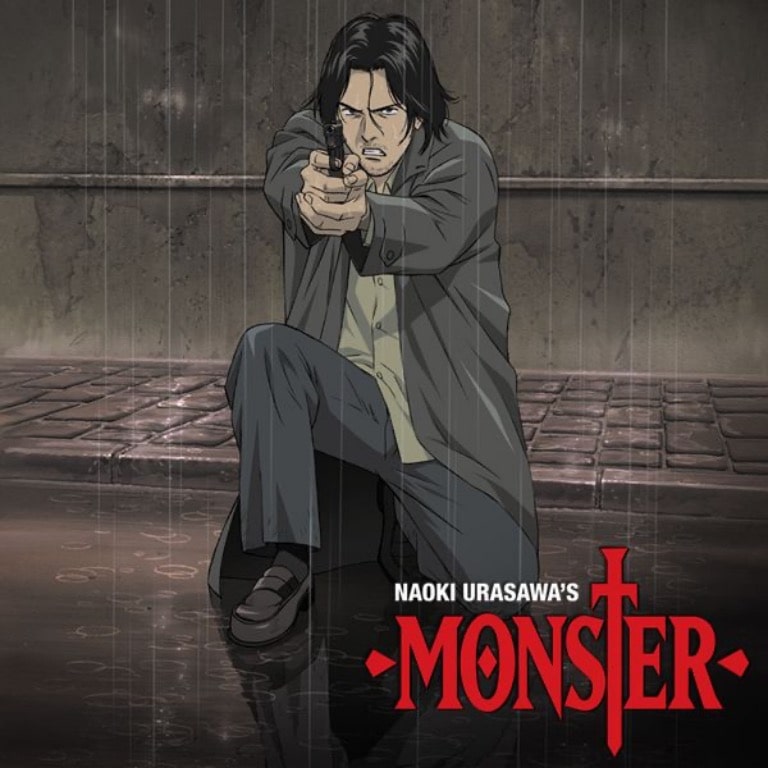 Where can I watch Monster anime?

Monster anime was first aired on Syfy and Chiller in the US before Chiller ceased operations in 2017. But today, you can watch Monster anime on the following different platforms if you want to enjoy its captivating plot twist.

If you’re in the US or Canada, you’ll be able to watch Monster anime on Netflix. The series is available only in the US market as it’s published by Viz Media, and it’s rated T+ for teens, so it’s suitable for minors.

Ever since the release on Netflix, Monster anime became quite popular because the manga was already famous. At first, only 15 episodes were published, but all 74 episodes are now available for streaming due to the show’s success.

Monster anime was so popular that it was even nominated for the Eisner Award. The anime is uncut, and the viewers can watch it with English subtitles.

The American audience can watch the English dubbed version of Monster on Amazon Prime. If you’re located in the US, you can either stream or download Monster, but it won’t be available if you change your location.

The video quality on Amazon is just as good as it is on Netflix, and it’s definitely better than watching the series on other digital platforms. However, it’s a little bit more expensive to watch the full list of episodes on Amazon Prime, and it should be your only option if Netflix isn’t available.

Monster anime is also available on DVDs that you can watch if you have no access to a streaming service. However, getting the DVDs can be a little tricky.

The series’ publisher, Viz Media, released only 15 episodes of the series, but due to the low sales, they decided to drop the project. In 2013, Siren Visuals bought the anime’s license in Australia and started releasing the DVDs in the Australian market.

The best thing about these DVDs is that you can watch them wherever you go, and you’re not restricted by the location, unlike streaming services. These DVDs are also more suitable for real collectors who value classic anime like Monster.

You can get the DVDs from Amazon, but they don’t necessarily work for all the formats in the US, so you need to check the specifications before buying them.

YouTube is another cool solution that allows you to watch all episodes of Monster, mainly if you’re not located in the US or have access to the full list of episodes on DVDs. Luckily, some faithful fans have uploaded the entire 74 episodes on YouTube, and you can watch them free of charge.

You can find the series with English subtitles or the English audio translated, and these uploads are available on several channels. Some of these channels belong to the series’ fans, while there are some rumors that some channels actually belong to the licensed distributors of Monster.

Watching the series on YouTube comes with some pros and cons. It’s free, and it’s not restricted to a specific location. However, the quality might not be that good. You might not also find all the complete episodes, so you need to do some research to find all the episodes you want to watch.

What is the best way to watch Monster anime?

This depends on your location and personal preferences. Netflix and Amazon Prime are probably the best options if you’re located in the US. They’re legal, and you get to watch all the episodes in good quality.

Collectors and those who aren’t located in the US can buy the DVDs. They’re available on Amazon but are definitely more expensive than the episodes available for free streaming.

Some people suggest using a VPN to conceal your IP address, as this will allow you to change your location to the US and stream the series on Netflix or Amazon Prime. But using VPN services isn’t always allowed and can get your account suspended, although most VPN providers promise that it’s perfectly legal.

Monster isn’t available on other streaming services like Hulu or even on the Viz Media platform, but you can read or buy the manga from the online platform. Thanks to the series’ dedicated fans, you can find the list of episodes available for watching on YouTube.

Monster is a popular anime based on the famous manga. Many fans love Monster because of the deep character development and the attention to detail that makes the interesting plot twist.

Watching Monster is fun because the moral dilemma is captivating and mature, which makes it an excellent anime for older and younger audiences.

If you’re interested in watching Monster, your best bet would be to watch it on Netflix or Amazon Prime, especially if you’re located in the US. You can also watch it on YouTube or buy the DVDs to watch it whenever you like to.

Sepulcher of The First Ones Raid in WoW

How You Can Get Yourself Prepped: Getting Ready to Meet Your Life Goals