Home Money Everything You Should Know About Bytom: A Comprehensive Guide
Money

Everything You Should Know About Bytom: A Comprehensive Guide

BTM or Bytom is a coin that takes a new triple-layer approach to blockchain-based distributed applications.

The cryptocurrency has the potential to establish a more secure and quicker payment system, as well as have applications in the area of Big Data. Take a look below and learn more about Bytom.

Bitcoin is one-layer crypto, whereas Ethereum is a two-layer cryptocurrency with smart contracts and decentralized applications (dApps).

Bytom, a Chinese blockchain, goes one step farther by utilizing a triple-layer architecture for data transactions, transmissions, and asset interactions. BTM is an interactive protocol made of numerous byte assets.

And while Ethereum’s SEC examination of security drove the whole cryptocurrency market into a spiral in early 2018, Bytom willingly submitted to the SEC’s Howey Test. This established that the Bytom coin was not a security under the SEC’s DAO watch.

Regarding virtual assets, this currency has the potential to create a huge change in the cryptocurrency market due to its low transaction fees, cutting-edge Bytom blockchain tech, and interactive protocol for a variety of byte assets.

How does BTM work? 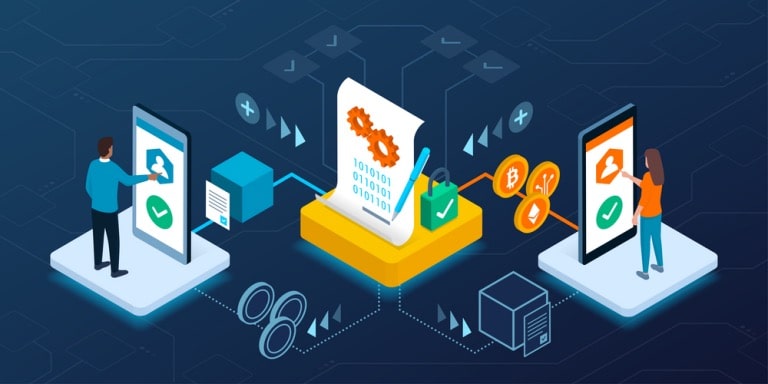 Bytom’s objective is to establish a decentralized network for the exchange and registration of various byte and atomic assets, connecting the byte (digital) and atomic (physical) worlds.

With the Bytom protocol, you may exchange all of these assets on-chain, and this has a slew of advantages. By encrypting asset ownership and transactions on the blockchain, we can develop a system that is more efficient and safe than what is now available.

It eliminates most of the red tape associated with asset transfers and record-keeping caused by middlemen. Eliminating middlemen results in lower prices and faster transfer times. Additionally, this elimination gives you complete ownership of your assets.

You no longer need to rely on a third party to maintain correct records, as they are recorded on an immutable public ledger. Furthermore, because asset records are spread globally among nodes, there is no single point of failure where a single factor could change the data.

Additionally, the Bytom protocol supports cross-chain transactions via side chains. As a developer, you simply establish a smaller version of the chain and use API calls to validate network activity on the main chain.

By doing so, the calls enable the movement of assets between chains and even the distribution of dividends via the side chain.

Bytom Coins are the main currency on the Bytom Blockchain. The coin’s value comes from its ability to quickly identify and measure the digital economic activities on the blockchain. 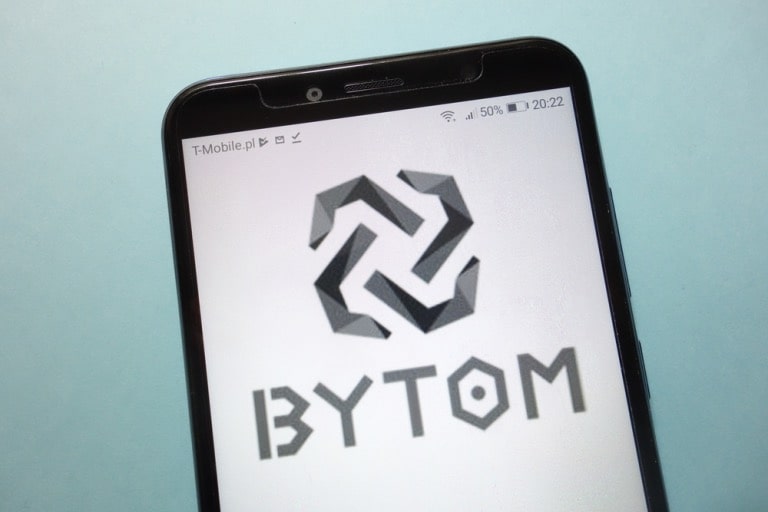 Bytom makes its own wallet software that you can download from its website. This software lets you store Bytom on your computer.

TREZOR wallets and Ledger Nano X hardware wallets are the safest places to keep your coins. In case you don’t want to buy a hardware wallet, you could use a mobile wallet like Atomic Wallet or Jaxx to store multiple cryptocurrencies with added security.

Bytom and other Scrypt coins can usually only be mined profitably with a piece of mining hardware called an ASIC, which stands for an application-specific integrated circuit.

BitMain (AntMiner), Microbt (Whatsminer), and Canaan (Canaan ASIC) are three of the biggest manufacturers of ASICs. ASIC hardware can be bought directly from the manufacturer or from people who sell it on Amazon and eBay.

Now that you know all BTM fundamentals, we will underline that several big exchanges offer BTM. But you’ll need to conduct thorough research to find the most appropriate one for your specific needs.

Just make sure to check the latest crypto trading trends before you begin buying and selling. In addition, consider what you have read in this article and give BTM a shot.

8 Tips to Style Your Hair for Wedding Season

Is Bitcoin Cash Better Than Bitcoin For Crypto...

How to Use a Roommate Agreement to Divide...

Learn Tips & Tricks on How to Improve...

Here’s How a Credit Card Could be a...

Our Guide To Setting Clear Cash Goals For...

Hard Money Loans: When to Use Them Over...