Home Law Child Custody for LGBT Parents: What You Need To Know?
Law

Child Custody for LGBT Parents: What You Need To Know?

As LGBT rights continue to progress, more and more same-sex couples are becoming parents. This can present a unique set of challenges when it comes to child custody. If you are an LGBT parent who is going through a divorce or if you are planning to become a parent with your partner, it is important to understand the laws that apply to child custody in your state.

This blog post will discuss the basics of child custody for LGBT parents and some tips to ensure you are protecting your rights.

1. The Same Laws Apply to LGBT Parents as They Do to Heterosexual Parents

The first thing to understand is that the same child custody laws apply to LGBT parents as they do to heterosexual parents. This means that if you are going through a divorce, the court will decide based on what is in the child’s best interests. There are a few factors the court will consider when making this determination, including:

In addition, the court may also consider any history of domestic violence or abuse when making its determination. It is important to note that while the law does not discriminate against LGBT parents in matters of child custody in a gay divorce, there may be some bias against same-sex couples. If you believe the court is not considering all of the relevant factors in your case, you should speak to an experienced LGBT child custody attorney who can advocate on your behalf.

While the general child custody laws are the same for LGBT parents across the country, it is important to note that there can be some variations from state to state. For example, in some states, courts may give preference to a heterosexual parent over an LGBT parent. In other states, however, courts have ruled that lesbian and gay parents are just as entitled to child custody as heterosexual parents.

3. Parenting Agreements Are Critical in Acknowledging Rights and Responsibilities

In any child custody arrangement, whether between heterosexual or same-sex parents, it is critical to have a parenting agreement in place. This document should outline each parent’s rights and responsibilities with regard to the child. It should also address issues such as decision-making, education, religion, and medical care.

A well-drafted parenting agreement can help avoid conflict down the road and clarify both parents’ roles and responsibilities. Even with the bias existing against LGBT parents in some states, having a parenting agreement that is in the child’s best interests will be given significant weight by the court. An order from the court that outlines each parent’s rights and responsibilities can also help ensure that both parents are treated equally. 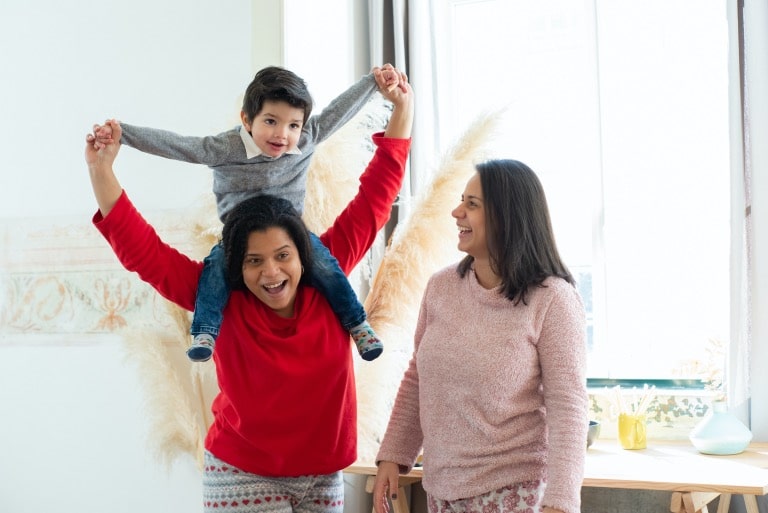 In some states, it may be possible for a second parent to adopt their partner’s child. This is known as second-parent adoption. It allows both parents to have legal rights and responsibilities with regard to their child.

In conclusion, if you are an LGBT parent going through a divorce or child custody battle, it is vital to seek legal representation from an LGBTQ family law attorney with a reputation for handling these types of cases. With their help, you have the best chance possible of receiving a favorable outcome in your case.

Keep in mind that in LGBT child custody cases, the most crucial criterion is the nature, relative strength, and stability of the child’s actual relationship with each of the LGBT parents and not the biological relationship. As such, the courts will often look at various factors when determining which parent should receive primary custody of the child.

Body Care: Creating a Skin Care Routine for Your Body

Rear-End Accidents: Why Determining Liability Can Be A...

Reasons Why Your Personal Injury Case Is Taking...

What to Do Following Abuse by Clergy in...

5 Actions To Be Taken Immediately After A...

Caltrans’ Claims Procedure: How To File a Claim...

What Qualities Make a Lawyer Great?

What Are the Types and Causes of Motorcycle...

5 Important Questions To Ask When Hiring a...