A Complete Guides to Cars That Start With “O”

The automotive market is full of car brands that offer new models every day. But if you’re currently looking for a new vehicle or want to know about different vintage brands, this article will help you.

In this article, I’ve listed some of the world’s most famous cars that start with “O.” Some of these brands are still being sold in the market, while others are only available for collectors. So, let’s dive in and learn more about these fantastic vehicles.

After it was founded in 1897 in Michigan, Oldsmobile produced more than 35 million vehicles before it became part of General Motors. After that, the brand became one of the company’s divisions that automobile lovers appreciated for its innovative designs and technology.

In the 1990s, Oldsmobile reintroduced some retired models like the Achieva and Alero. However, despite the increasing sales, General Motors announced that it would shut down Oldsmobile in 2000.

So Oldsmobile introduced its last model, the Bravada, and produced the last 500 units of Alero, Aurora, Silhouette, and Bravada vehicles with unique emblems for collectors.

Opel Automobile GmbH, or Opel for short, is a German automotive company that was founded in 1862. From 1929 till 2017, General Motors owned Opel, and it became part of Stellantis in 2017.

However, the roots of Opel are pretty interesting as the brand was founded by Adam Opel, who was a sewing machines manufacturer. He built a plant, made his first bicycle, and then produced his first vehicle in 1899.

Opel maintains its headquarters in Rüsselsheim am Main, where it designs and manufactures commercial and passenger vehicles. It also designs, manufacturers, and produces vehicle spare parts. The brand is popular in several markets in Asia and Africa and is currently sold in more than 60 countries. 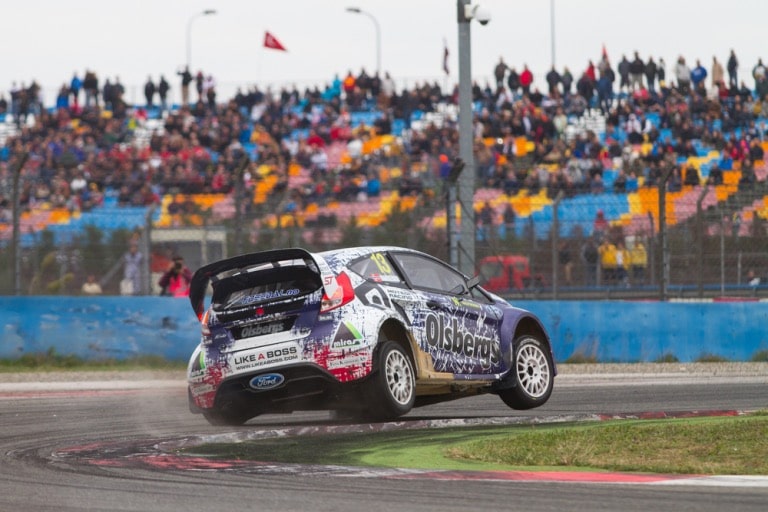 Olsbergs MSE or OMSE is a racing team founded by Andréas Eriksson in 2005. The brand has succeeded in Rally and Rallycross races with its powerful and innovative electro-hydraulic systems.

In 2015 and 2018, OMSE was backed by Ford Performance, which is the high-performance section of Ford. Together the two brands achieved success in several races.

In 2016 and 2017, OMSE cooperated with Honda and used the Honda Civic Coupé in Rallycross, during which it was also backed by Red Bull. OMSE is also the main promoter of the FIA World Rallycross Championship.

Oreca is a French racing team that was founded in 1973. Ever since its foundation, Oreca has designed and manufactured several racing cars.

During the 1970s and 1980s, Oreca’s drivers won the French Formula Three Championship 11 times. Later, the team cooperated with other car brands like BMW. Peugeot, and Renault.

Starting from 2009, Oreca has been designing and manufacturing several car models, including the Oreca 01.

Oettinger is an international automobile tuner that works with some of the world’s most famous brands. It cooperates with manufacturers like Audi, Seat, Skoda, and Volkswagen to produce and tune incredible cars.

Thanks to the cooperation between Oettinger and these brands, car manufacturers are able to introduce reliable and popular vehicles. Oettinger has modified several cool cars like the 2016 Audi RS3, 1982 Golf GTi 16S, and Cupra 300 by offering unique features to guarantee customers’ satisfaction.

Orca Engineering was an automobile company founded in Liechtenstein in 2003. This brand specialized in sports cars but was short-lived, although it produced several successful models. The Orca 113 platform is a platform that involved the production of 198 vehicles, but the company produced only seven cars.

These vehicles are the C113, a coupé, the R113, a concept roadster, and the SC7, which is the most exclusive model of the Orca. The SC7 was designed to reach a top speed of 400 kilometers per hour and accelerate from 0 to 100 kilometers in just 2.7 seconds.

As of 2012, the Beck LM 800 is the only Orca under production, although little is still known about this car. It features the same engine that’s used in the R113, and the top speed estimate is 420 kilometers per hour. 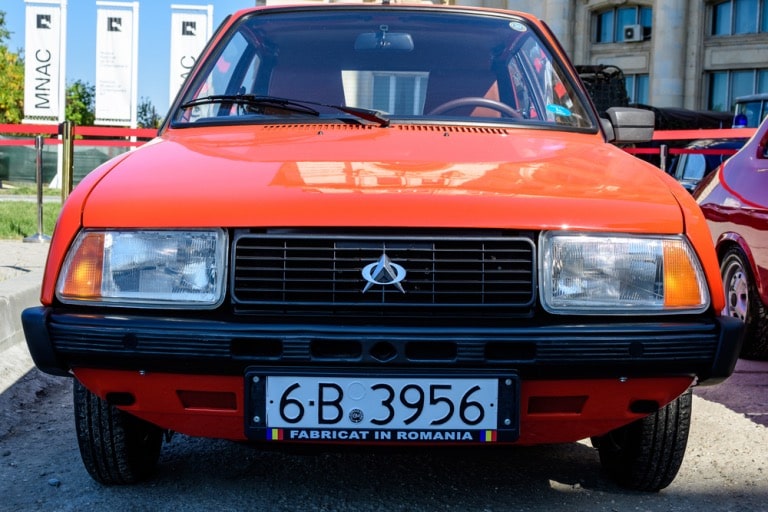 In 1976, the Romanian government cooperated with the French brand Citroën to produce Romanian-made vehicles according to Citroën’s prototype. Over the years, Oltcit introduced several budget-friendly options that became popular in Romania and other neighboring countries.

The Oltcit Club is one of the brand’s earliest and most popular models. It’s a supermini automobile that was marketed as a family car for the city, and it came in two styles; the 3-door hatchback and the 2-door pickup. The same car was modified into other models like the Axel, which was common in the Romanian market in the 1980s.

In the 90s, Oltcit decided to cooperate with the Korean manufacturer Daewoo Heavy Industries, and the brand was renamed Daewoo Automobile Romania. It later changed its name in 2008 and was renamed Ford of Romania when Ford of Europe took the brand over.

OSCA, O.S.C.A., or Officine Specializzate Costruzione Automobili is an Italian brand of sports cars that was founded in 1947. For 20 years, OSCA continued to produce various models of racing cars, with popular models like the MT4. The MT4 Simpson Special 1500cc Streamliner is one of the fastest and most popular models of this brand.

Most of the cars produced were called barchettas, or what is known as little boats, although some models were sports coupé models. In the early 1960s, OSCA built several engines that were used in various Formula One and Formula Two events.

Overland Automobile is an American automobile brand founded in 1903 by Claude Cox. Cox was employed by another automotive manufacturer, Standard Wheel Company, but decided to start his own business, which was later relocated to Indianapolis in Indiana. He produced several car models, which he numbered but didn’t name.

Overland’s name was forgotten when the company ceased to exist by 1926, but Daimler Chrysler revived the name one more time by attaching it to a trim package to several Jeep Grand Cherokees. Today, some of Overland’s vintage models can be found in museums. 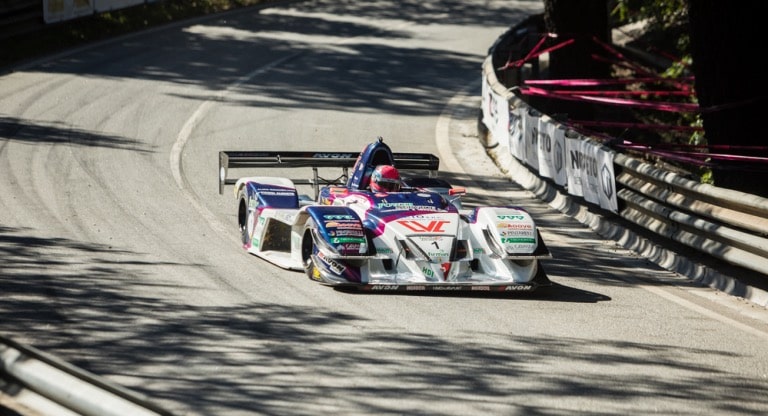 Osella is an Italian race car manufacturer and racing team that took part in 132 Grands Prix. Although the brand entered the first international race in 1980, it took part in several national Italian races in the 1960s.

The company’s designers, led by Enzo Osella, designed several vehicles to compete in races, but the drivers were always challenged by the lack of funding. This is why this team has always faced frequent driver changes, as only a few sponsors were encouraged to work with this Italian team.

During the 1980s, Osella’s cars used Alfa Romeo engines. Several Osella models were also based on original Alfa Romeo designs like the Osella FA1F, which was inspired by the Alfa Romeo 183T. In the 1990s, Osella started producing several models that were sold to collectors and privateers.

In 1954, David Ogle founded his design consultancy company in the UK. In the following years, Ogle Design introduced several industrial and household products in addition to small passenger cars.

In the transport business, Ogle introduced several successful bicycles and motorcycles, and it also cooperated with other car manufacturers to produce passenger and sports cars, coaches, and trucks like the Reliant Scimitar with Reliant and the Plaxton Panorama Elite with Plaxton.

Ogle’s most popular design is the SX1000, which unfortunately gained negative publicity when David Ogle died in a car accident while driving one. The SX1000 was the base model used to manufacture the Reliant Scimitar when the company chose to stop its production.

Ogle Design was innovative when it came to the designs and materials used to produce its automobiles. For example, the 1.5 had a 1500cc engine and was capable of reaching a maximum speed of 140 kilometers per hour, and it featured a body made of fiberglass. However, only eight cars were made of this model.

Whether you’re looking for a new car or interested in learning about a vintage one, this article will help you gather some information about car brands that start with “O.” Some of these brands can only be seen at museums or are available in private collections, but some are still on the market and promise an excellent driving experience.

So, read this article one more time, and check out these amazing brands and the names behind them that managed to change the face of the automotive industry forever.

Top 13 Best Books To Learn Russian for Beginners in 2022

What Is an Adjective of Quantity? 25 Useful Adjectives, Examples, and More!

Personalizing Your Car Made Simple with This Helpful...

Should You Buy a Wrecked Car?

What to Consider Before Getting an Electric Car?

What to Do After Buying Your Dream Car?

How To Choose the Right Truck To Meet...

Five Reasons Why Driving With Worn-out Tires Is...

How To Keep Your Car Paint From Fading？