Home Entertainment Pokémon Unite: Can It Be The Next Big MOBA Esport Title?
Entertainment

Pokémon Unite: Can It Be The Next Big MOBA Esport Title?

The growing popularity of esports competition isn’t slowing down anytime soon. Between its colossal fan base, the potential to become an Olympic sport, and even its popularity among major sportsbooks – we’re witnessing its evolution take place right before our eyes. There is no official definition of an esports title, but most competitive games that offer player-versus-player modes where success is based on skill have the chance to become the next rising esports title. MOBA (Multiplayer online battle arena) titles have struggled, but there’s a good chance that TiMi Studios may break this trend with the newly released Pokémon Unite. 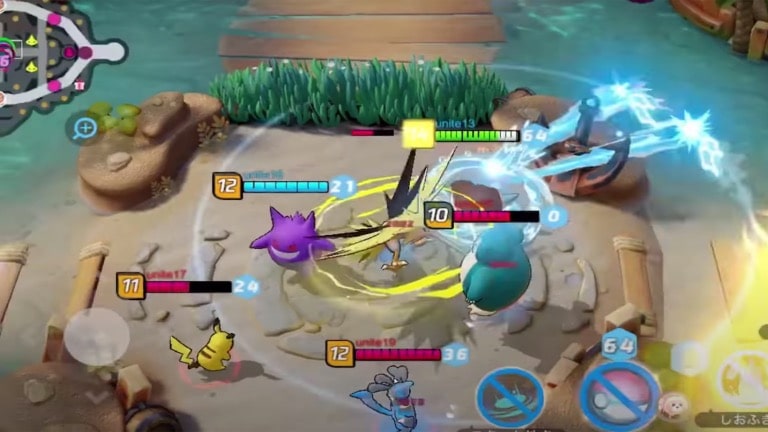 For those unenlightened, a multiplayer online battle arena (MOBA) is a five-on-five competition where the goal, most often, is to eliminate the opposing team’s base. By forming a squad of characters, each owning unique abilities, you destroy towers and level up – eventually pushing your way into your opponent’s territory. It takes a thoughtful, quick thinking gamer to become professional in such a slow and methodical genre.

Titles such as League of Legends and Dota 2 are some of MOBA’s current most popular games and have been for the previous decade. However, they can be impervious to new players and fans: many characters and strategies make it difficult to understand what’s happening on-screen. The newly launched Pokémon Unite has done a tremendous job at fixing that. Besides adding its massively popular list of cute characters to the genre, TiMi Studios have added some clever fixes to streamline it – making it more approachable. 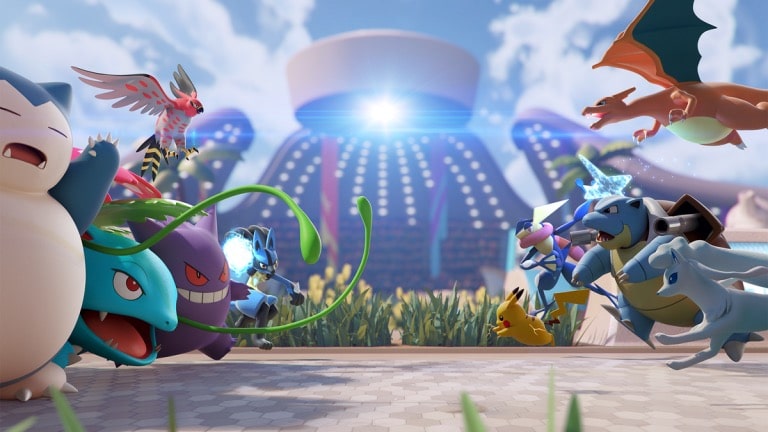 Unite owns the majority of the elements required, not to mention a cast of monsters to choose from. Gible is a tremendous all-around melee fighter, for example, while Venasaur is preferred for range-attacks. Some characters are for support, and others are designed for defense. In true Pokémon fashion, most of the monsters will evolve during a match. It’s highly entertaining starting as Charmander and ending the game as a towering Charizard.

With that said, Unite and its character selection aren’t the most exciting aspect; it’s where the game differs from the average MOBA game. To start, rather than destroying your opponents’ base, the aim is to score points. To do this, you are required to defeat wild Pokémon that spawn in the area, which leads you to take one of the opponent’s goal circles to score. Should you deliver enough points to destroy a circle, you’re able to move on to the next. It’s like how other MOBAs work but more straightforward to understand.

In addition, the game has a strict time limit. Games such as League of Legends can reach up to an hour, whereas a Pokémon Unite match takes precisely 10 minutes. When the timer has run out, the team with the majority of points wins. A points system and time limit make Unite feel more like a virtual sport.

Easy to understand rules, intense and short matchups, combined with a world like Pokémon, which already has millions of supporters globally, could be the ideal MOBA with the potential to storm into esports and remain strong.

The Verdict on Pokémon Unite & Esports

So far, limitations imposed by Nintendo and TiMi Studios are unknown. The unlocking of characters is currently simple, but this may change as more characters are added. Games like League of Legends and Dota 2 are completely free-to-play (F2P), and there are no gameplay mechanics that give players an advantage by investing money. We aren’t sure if TiMi Studios will continue to be an FSP-friendly title, which would require it to be considered an esport.

Reports suggest there will be no esports focus, to begin with, but the game could become an established esports title; however, this is dependant on the player base and which direction it goes in. Still, we should note that TiMi Studios have successfully produced esports games like Call of Duty: Mobile and Arena of Valor.

Pokémon Unite owns all the elements required to become a long-term competitive esports title. Nintendo has the ball in their court with the potential to shape Unite into an esport. If the company delivers TiMi Studios with support, its potential in the esports world is significantly high.

How Does A Medical Malpractice Lawsuit Work?

Tips For Plus Size Girls: How To Be Successful On Dating?

A Quick Guide to Gambling in New Zealand

Why Texas is One of the Most Restrictive...

Who Is Kristine Saryan? Full Biography

The Old Grannie Meme: A Mix of Curiosity...

Learn How to Gamble Online Safely

What Casino Bonus is Best for New Players?