Home Culture Four Jewish Items And What They Symbolize
Culture

Four Jewish Items And What They Symbolize

Judaism is a religion that shares some common ground with Christianity. Look back at the Old Testament, and you’ll find the two religions intertwined. Judaism is one of the three prominent religions, alongside Christianity and Islam – interestingly, Islam also shares similar values to Christianity and Judaism. The items linked to Judaism, however, are unique to the religion. Below, we’ll look at four objects tied to Judaism, when they’re used, and what they mean.

The shofar is a religious instrument that’s sounded during Rosh Hashanah. Despite being unique to Judaism, Christians have started to use it for their own adapted reasons. Made from the horn of a ram or another kosher animal, the sounds of the shofar ring out from synagogues, streets, and Jewish homes. In biblical times, the sounding of a shofar represented the start of a war, the beginning of the new moon, and in later years, signaled Rosh Hashanah.

In current times, the sounding of a shofar is a call for Jewish people to a spiritual reawakening as the Jewish New Year begins. 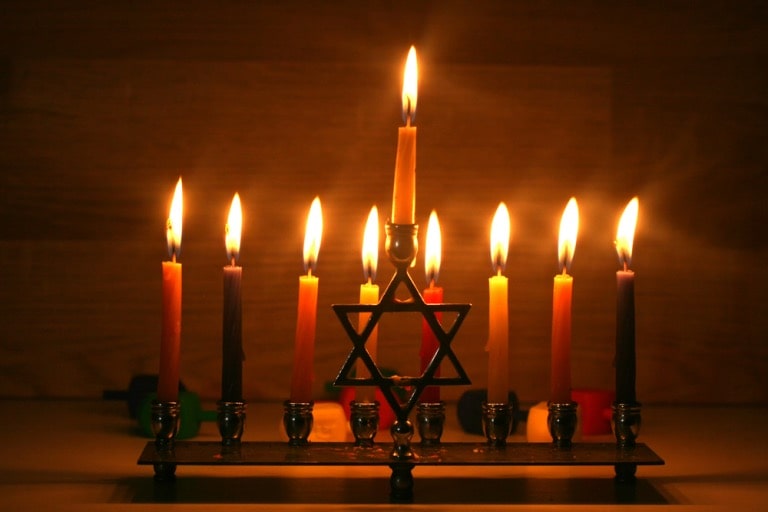 The menorah is perhaps one of the most well-known, quintessential Jewish objects. The menorah appears during the celebration of Hanukkah, which, it so happens, is also one of the most well-known Jewish religious holidays. Nadavart Judaica showcases some excellent examples of the multi-branched candelabra that comes alight each night of Hanukkah. The lighting of the menorah celebrates the miracle of the oil that managed to keep the Hanukkah menorah alight for eight days in the temple after the Maccabees’ victory over the Greeks.

Now, Jewish households light the menorah each night during Hanukkah to remember the rededication of the Second Temple of Jerusalem.

The seder plate is part of the most anticipated religious holiday in the Jewish calendar, Passover. Passover remembers the suffering of Israelites under the ruling of the Pharaoh of Egypt. Ten plagues rained down upon Egypt, the final involving Israelites spreading the blood of a sacrificial lamb around the doorway so that God could pass over the home and save the Jewish people inside.

Adaptations have caused the seder plate to change, which now has six spaces for the traditional Passover foods. The Seder plate sits on the Seder table alongside other religious objects.

The Kiddush wine cup is another quintessentially Jewish object used across multiple celebrations – but most notably on the eve of the Sabbath. Jewish benediction and prayer are recited over a cup of wine to signal the start of the meal on the eve of the Sabbath. A Kiddush wine cup will also appear during Passover and Rosh Hashanah, two religious holidays that involve drinking wine to commemorate the celebration.

As with every religion, every Judaica object is steeped in meaning that hasn’t changed through the ages. What has changed is the design of many of the items that now feature a modern-day twist. Every practicing Jewish household will have the objects above that become part of the decor when not in use.

Hit The Road: Best Places To Go On A Jeep Tour

8 American Flag Facts That Every American Should...

What is the Last Book of the Old...

When Did Vaping Start?